Climbing a Wall of Worry…

The US office market climbed a wall of worry in the first quarter of 2016, racking up solid—though not spectacular—gains despite sagging corporate profits and the shaky global economy. 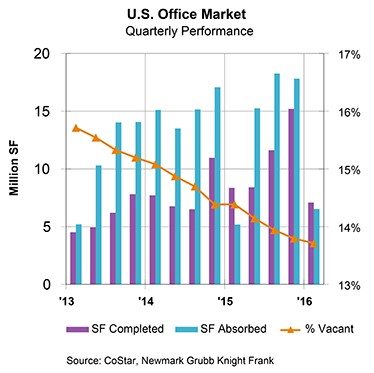 Many expect this expansion cycle to continue, but at a subdued pace… completion of Q2 will be telling as to whether or not the market is following the trend of 2015, or moving in another direction.